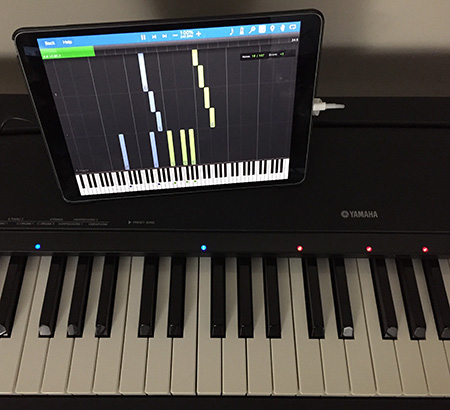 Shown above: blue and red lights from The ONE Piano Hi-Lite

Big New Stuff Small New Stuff Fixes That took much longer than expected. I'm like an expert Bluetooth programmer now... despite there not being any new Bluetooth features in this preview!

Anyway, onward to the better Windows 10 and Android synth. That's the other half of Synthesia 10.5 (which will hopefully go much faster) and then we're back on track with Synthesia 11.
Top

Hi, I may have a bug to report: When I try to change the music library (Settings\Songs\[+ Button]) it says "had trouble reading from folder!" Also, it is very slow to do this. I have copied 4664 version into a subfolder of Synthesia.

I copied version 4393 was copied and run in the same way (a synthesia sub-folder) and was working fine.

Then I reopened 4664 and the folder that I added in 4393 was already there! There is the workaroud at least.

I can reproduce the bug. Thanks for the report! We'll get that fixed in the next dev update.
Top
Locked
5 posts • Page 1 of 1