Real piano use in Synthesia

Have questions? Just saying hello? This is the place.
No explicit, hateful, or hurtful language. Nothing illegal.
Post Reply
6 posts • Page 1 of 1

Hello! I was curious how can I use synthesia to capture my songs on the piano into a synthesia dropping notes form..like those music videos on youtube made by people through synthesia..is it included in the payd version?
Top

If you mean the videos where it shows the set of piano keys and then the falling notes above it, no. There isn't a way to use the sound from the piano to make falling notes, even in the paid version. They just play the song normally and then use a video editor to insert the notes above.
Top

For MIDI files that already exist (which Synthesia 10.7 can now produce), the old Synthesia Video Creator utility can still do this. And while it does require Synthesia to be unlocked, we haven't supported it in a few years while we've been trying to track down a bug that makes it crash consistently at startup (either right when the app is opened or when you start converting a video) but only on certain computers.
Top

Ok, thanks, so I only need to take a chance and download the full version and hope the utility will work on my laptop..
Top

Does the utility work on your laptop!
Top 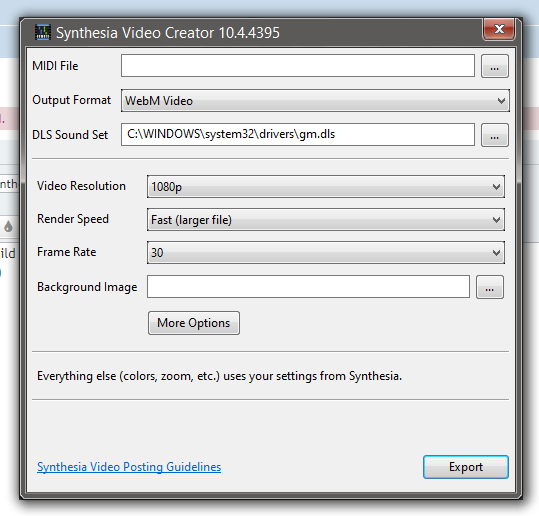