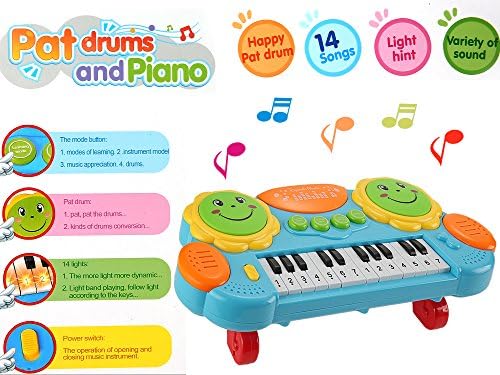 Hi,
I noticed the moving notes "maybe reffered at the pop notes" on the changelog are finally gone with the 10,7 release!
in the changelog it stated since 10,5 but i have popped notes on 10,5.
Also i have noticed Synthesia load instantly even with the titanic soundfont (266mb) but with virtual midi synth it took 10 secondes so congrats again Nicholas!
Feature request: Drum notation support for sheet music

What's a "popped note"? Do you mean when they would suddenly appear (again) while rewinding the song? That should have been fixed in 10.6. (And yes, it was a relief when they finally were! They bothered me a lot.)

If you spend a few minutes looking at the things that are specific to drum notation, I think you will be able to promise that drum notation support for sheet music will not be added to Synthesia.

I'm about a dozen MusicXML features in, but I just finished teaching Synthesia how to parse a really cool one, so I thought I'd share: repeats. I'm more excited because something that could have spiraled out of control under the hood (arbitrary, out-of-order numbered "endings") turned out very satisfying in the simplicity of my implementation.

Here's a screenshot from MuseScore:


And (for now, while it's still parsing MusicXML as a species of MIDI file), this is what Synthesia had to say about that:


Right inside MuseScore, you can go to Tools --> Unroll Repeats and get the identical picture. Woo!

Again, eventually Synthesia will keep the initial version with the more compact musical information. But for now I'll take being able to interpret it correctly so that it sounds right and the falling notes are correct. This was easily the hardest of my bullet points before the next preview where you guys will be able to get your hands on the new parser and try it out yourself.

--I'm planning to omit segno/coda/fine/etc. While they share a lot in common with repeats, in terms of a programming analogy, that set of musical constructs are more like "goto" statements and less like structured loops. This might be one of those times where I say "if you want the correct behavior, go use MuseScore's 'Unroll Repeats' feature and resave it as a new file before opening it in Synthesia". I want to use that excuse as rarely as possible, but I'd rather put "D.S. al Coda" on the longer-term list and keep moving than get bogged down with it in this early stage.)
Top


Here is a screenshot from Dorico SE 3.5. That little upward jaunt in the pedal line is a "retake", which means you're supposed to quickly release the pedal and then press it again.

Interesting MusicXML-related anecdotes: As you might imagine, all of this makes it more challenging to even generate files to begin testing newly added MusicXML parsing code in Synthesia.

There's no punchline here. I just wanted to share some of the "fun" details. I guess I had expected all of the "real" music apps out there to handle everything very accurately. Oh well. Back to the grindstone...

In case you aren't already aware of it, perhaps this "Unofficial MusicXML test suite" from the LilyPond developers will be useful: https://lilypond.org/doc/v2.12/input/re ... ated-files

This open source MusicXML parser might also be of interest: http://manufaktura-controls.com/en-US/Home/

If you extract the zip (mxl), open the .musicxml file in a text editor, then search for "<pedal " you'll see all 32 of them say line="yes" and just alternate between the start/stop types (as opposed to retake, discontinue, line="no", etc.) so your assumption is correct: there is no way to distinguish between any of the pedal marking styles in the exported MusicXML.

I'll take a look at those other resources, thanks! I have a MusicXML test suite I downloaded from someplace that I thought was Lilypond, but when I checked recently it was like 100% non-applicable, strange, esoteric corner cases. Peeking at your link, there appears to be more useful stuff (if mixed in with a lot of non-piano stuff, too). Maybe I have an outdated version? Or maybe I got it from someplace else.
Top

Ah ha, I was thinking of MuseScore's test suite.

I actually found a much older copy of LilyPond's test suite (circa 2012) buried in my Synthesia files--not where I usually keep MusicXML-related things, because that folder didn't exist back in 2012!

(This also explains why my gut instinct told me I already had it. I did.)

Now both test suites are where they belong.
Top

Glad to hear that progress is being made, albeit not without the usual issues and workarounds. If you need any assistance with testing parsing to work through the test suite files, identify issues, etc., I'm sure there would be many here who could help crowdsource the effort.
Top

Hi,
I've got preview-10.7.5491 version.
Is the current dev version newer? I think it is but when I unzip the file and click the .exe file Symthesia just opens up the 10.7 version. Do I have to uninstall old version first? Is there any risk of losing data?
Simon
Top

JimNYC wrote: ↑09-04-21 9:29 amGlad to hear that progress is being made, albeit not without the usual issues and workarounds. If you need any assistance with testing parsing to work through the test suite files, identify issues, etc., I'm sure there would be many here who could help crowdsource the effort.

The first of the MusicXML preview builds should be going out soon'ish and I plan to do exactly that.

Rumsey wrote: ↑09-04-21 11:02 amIs the current dev version newer? I think it is but when I unzip the file and click the .exe file Symthesia just opens up the 10.7 version. Do I have to uninstall old version first? Is there any risk of losing data?

There's a slightly newer version available (r5621) with these changes (along with an explanation for why it's still labeled 10.7).

No uninstall of previous versions necessary.

And dev preview versions store their data in a different place than the official release, so there is no danger of losing data. (See the last link in the pink box at the top of the page.)
Top

Initial MusicXML parsing is starting to wind down. Most recently: it can read five different kinds of articulation--staccatissimo, marcato, accent, etc.--and I just made multiple voices on one staff parse as separate parts.

Things still remaining (among any others I discover on the way): parsing tuplets, dynamics, making sure percussion tracks actually sound like percussion, and finally being able to unwrap zipped MXL files to get to the gooey MusicXML file in the center. After that it's preview time so you guys can start to run some real torture tests against the new stuff.